Not sure about you, but 2020 for me was rough.  Especially having 3 kids at home and all the restrictions. We couldn’t do many of the things that we would have typically done during the normal summer.  The fairs were closed, sporting events were either canceled or had to have a very limited number of people. Heck, the playgrounds were even closed.  So you can only imagine how excited I am looking forward to this summer!  Even though everything isn’t open at full capacity, there are a lot of out door events that we can attend, Like a game at Jimmy John’s Field. 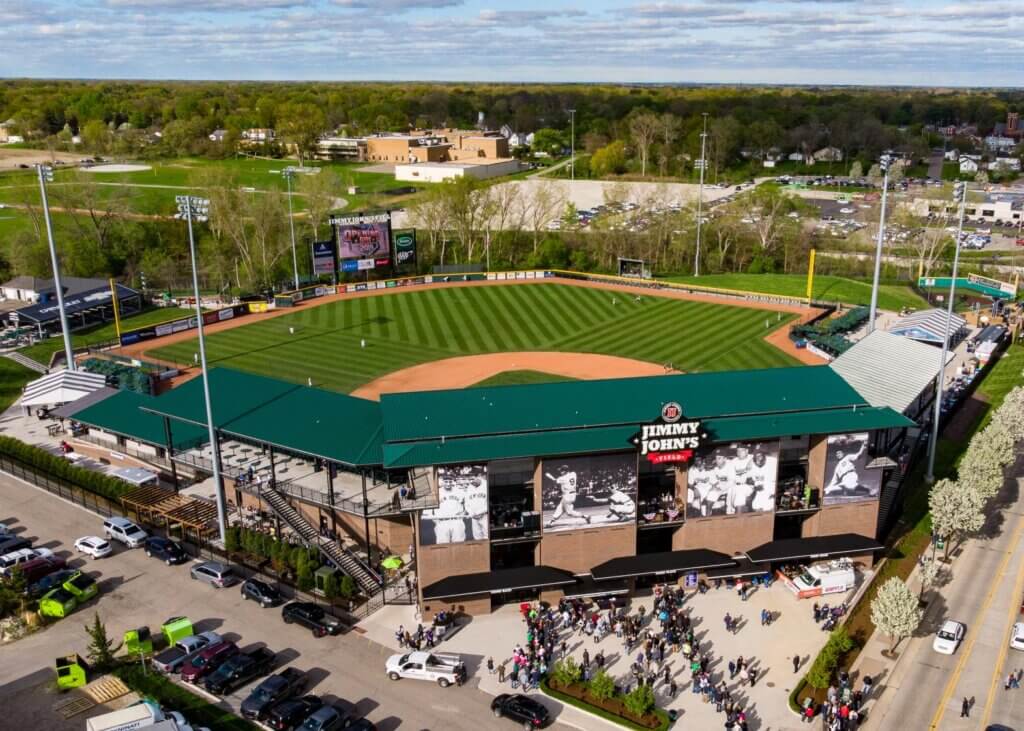 Opening Day will be Friday, May 28 as the two-time defending champion Utica Unicorns take on the Birmingham Bloomfield Beavers at 7:05 p.m. The game is presented by OUR Credit Union and will feature a ring ceremony and championship flag raising for the Unicorns, the USPBL Dance Crew, bat dog JJ, The Field General, a magnet schedule giveaway courtesy of Liberty Tax, and a post-game Fireworks Spectacular.  Click to view the full 2021 USPBL Game Schedule and Promotional Calendar.

The United Shore Professional Baseball League (USPBL), now known as the USPBL powered by UWM, is an independent professional baseball league that serves as a development league for Major League Baseball. The league plays in the state-of-the-art ballpark named Jimmy John’s Field located in downtown Utica, Michigan, which opened in 2016.  The USPBL features four teams—the Utica Unicorns, the Eastside Diamond Hoppers, the Birmingham Bloomfield Beavers, and the Westside Woolly Mammoths – that play at Jimmy John’s Field. Over the first five years of operation, the USPBL has had 38 players signed to contracts by Major League Baseball organizations, and in 2019, the USPBL’s first former player made it to the Major Leagues when Randy Dobnak, formerly of the Utica Unicorns, was called up to the Minnesota Twins. Additional teams and ballparks will be added in future years.  Opening Day 2021 is May 28. 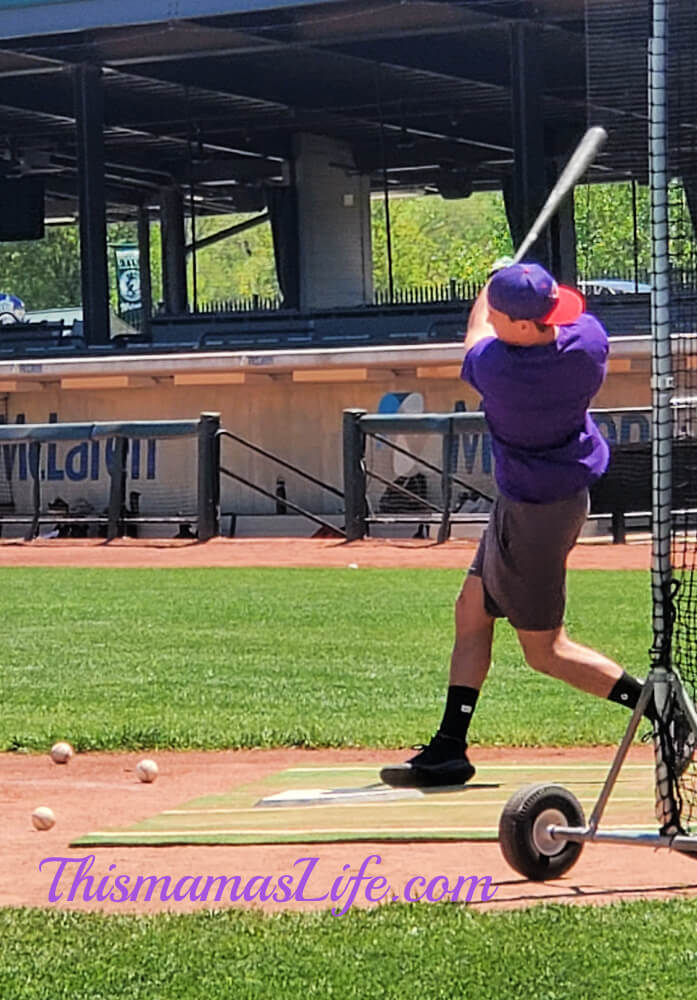 Here are some fun things for this season:

I had the luxury to speak to some of the staff and the players.  EVERYONE is really looking forward to the 2021 season.  As a mother, I was very impressed with how Family orientated this facility is.  There is a whiffle ball area, a speed pitch area, a playground (currently closed due to current Covid Regulations), all the kid events during the season… I never once heard anyone speak about just being just for adults.  For those who have kids that get antsy… There is a walk way around the whole field, so you can walk, and still watch the game – while the littles get the ants out of their pants. 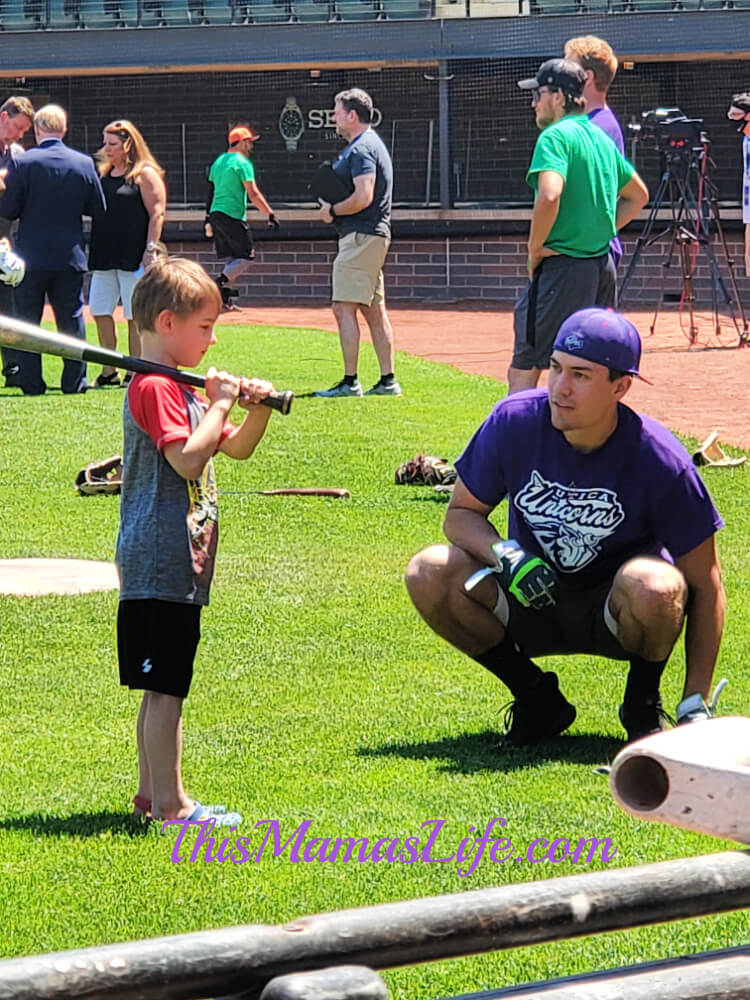 I got to watch some of the players interact with one of the kids at the event that I attended.  You could tell how excited they were to show possible future baseball players the way of the game.  From grabbing a bat and showing them how to hold it – all the way to letting him try a practice swing.  I know this isn’t something that they’d do at every game or event… But you could just see the sparkle in the players eyes and the excitement.  They cheered when the bat made contact with the ball, even though it basically dropped right in front of the young man. You would have though the hit a home run.

It has been quite a while since I have been to a baseball game, much less taken my kids to one.  But I know one thing.  We will be attending at least one this season … And so can one of my local Michigan readers!    If you happen to be local or will be in the Utica Michigan Area during the 2021 season, make sure to enter to win a set of 4 tickets.