What is Memorial Day to you?

Is it the unofficial start of summer? The mile marker that school is almost over for the summer? Is it simply a 3 day weekend of BBQ’s, parties and friends having a good time?

Or Does Memorial Day mean something more poignant?

Maybe  it’s a holiday of remembrance and reflection? In my house, growing up it wasn’t as big a day of remembrance as it was to some others. I had never known anyone who had died in a war. I had no personal experience with war or its effects. Despite growing up on/ near Selfridge Air National Guard Base (SANG) during Operation Desert Shield/Desert Storm, My parents did a good job of shielding my siblings and I from the information and ravages of war. However, it wasn’t until I was an adult that I learned first had how much it can change a person and how much the loss of someone you knew to war. 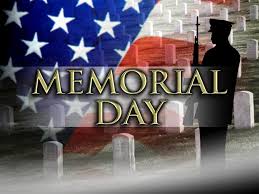 By definition Me·mo·ri·al Day is “a day on which those who died in active military service are remembered.”

Memorial Day was once observed on May 30 but now officially it is observed on the last Monday in May. In the southern states the definition is different; it reads in part: any of various days (especially the fourth Monday in April) on which similar remembrances are observed.” 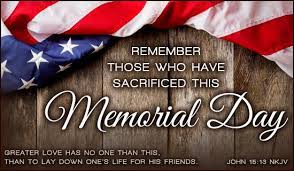 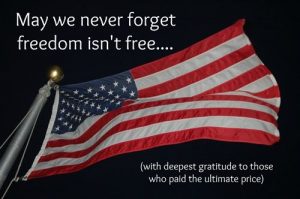 Memorial Day is a day to honor and remember those who sacrificed the most and paid the highest price. The next time you think about saying “Happy Memorial Day” to someone please remember that for some, its not a happy day at all, for some it is a reminder of the friends, family, coworkers and loved ones they lost to war.

Here are the number of casualties in each U.S. war:

Civil War: Approximately 620,000 Americans died. The Union lost almost 365,000 troops and the Confederacy about 260,000. More than half of these deaths were caused by disease.

So let today, Memorial Day May 25th 2015 serve as remembrance for those HERO’s who are no longer with us but never forgotten! 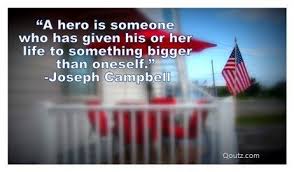 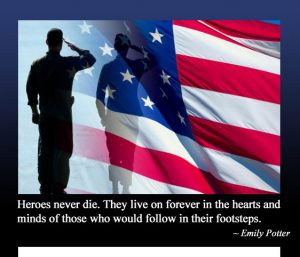